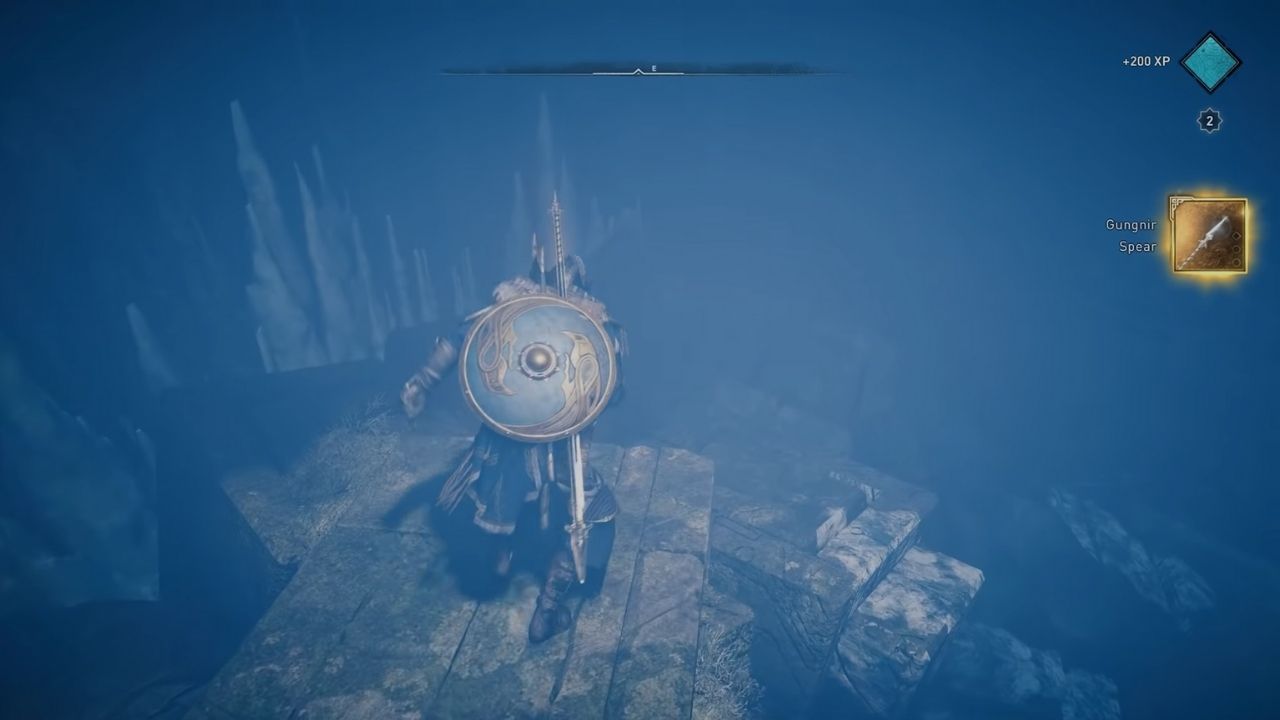 There is a massive collection of cool gear that you can equip in AC Valhalla with a weapon class to complement every type of playing style.

If you’re searching for a balanced two-handed weapon in the Viking game to swiftly pierce the enemy’s armor, don’t look beyond a spear! The best thing about using a spear is how it makes boss fights easier.

There are a total of six spears in AC Valhalla. While every spear is unique and houses different stats and perks, there are some that make the others look like children’s toys.

With such a wide variety of Spears being offered, choosing the best one can get rough. On top of that, the one with the most stats is not necessarily the best spear – confused, right? Let me explain.

Table of Contents
1. Which is the best spear in AC Valhalla?
I. Should you buy Svipul in AC Valhalla?
2. Gungnir – The Best FREE Spear
3. Anentaks – Strongest But Restricted
4. Other Spears in AC Valhalla, Ranked!
I. Cadfarch
II. Fyrd
III. Fafnir

1. Which is the best spear in AC Valhalla?

Svipul is the best spear in AC Valhalla but it comes at a price of $20. Gungnir is free and the next best spear in the game. Gungnir originally belonged to the Norse God, Alfather Odin. In terms of stats, it’s only second to Anentaks spear that can’t be used outside of Vinland.

Here are the stats for all the spears in AC Valhalla:

I. Should you buy Svipul in AC Valhalla?

Svipul is the most superior spear that you can obtain in AC Valhalla, but to acquire this mighty weapon, you’ll have to spend some dollars.

However, spending money on Svipul is not a waste if a spear is your primary weapon of choice. The stats it packs are second to none! Let’s talk about its aesthetics too. Flames will accompany this mythical Spear every time you give it a nice twirl which frankly is jaw-droppingly beautiful.

To obtain Svipul in AC Valhalla, players will have to spend their real-life money via microtransactions. Spend about $20 and purchase the Valkyrie Pack for 2,000 Helix Credits from the in-game store.

Along with the spear Svipul, you will get the following items:

Odin’s Spear, known as Gungnir, is the best free Spear that you can use in the game. Once belonging to the Allfather Odin, Gungnir is an Isu weapon that offers brilliant stats and perks to help you put foes to bed.

Unlike Anentaks, Gungnir is not restricted to a particular location and can be used anywhere. The only catch is that to obtain this mythical Spear that belongs to the Bear skill tree, players will have to wait for the game’s end.

You cannot obtain it early. But then again, good things come to those who wait! Though in this case, the best thing!

Players will have to go to Hordafylke, a level 280 region, to obtain Gungnir in AC Valhalla. Hordafylke is located in the north of Norway.

While playing this main campaign’s final quest, “A Brother’s Keeper,” players will go to a cave named Goinnhellir. When inside it, you will come across a split path. Choose the left side, and you will see Gungnir stuck in a wall waiting to be seized. Gungnir’s perk allows it to extend its reach by utilizing a force field.

Belonging to the wolf-aligned skill tree, Anentaks is the second best Spear in AC Valhalla. Its stats are slightly better than Odin’s Spear, and therefore it deserves to hold the first spot. But what kills the vibe here is the fact that the Anentaks Spear can only be used in Vinland and not anywhere else.

You cannot take this Spear on your ventures across all of England and Norway. Moreover, the Anentaks Spear is the only two-handed weapon that can be used in Vinland.

You know how there is more to the game than adventures in Vinland, and therefore, Anentaks will be pretty futile when looking at the broader picture.

Now coming to its abilities, the high stats make this weapon the strongest Spear in the game. When fighting mighty foes later, Anentaks is probably the only Spear to trust with your life.

To obtain the Anentaks Spear, visit the local traders in Vinland. You will have to spend two carbon ingots, 65 leather, and 105 iron ore to purchase the Spear. Its perk is capable of surging your heavy damage whenever dodging.

4. Other Spears in AC Valhalla, Ranked!

Cadfarch is a superior spear that fits in the raven skill tree. This Spear was once used by Briton captain Ynyr ap Cadfarch to fight off the Norse army led by Ivarr the Boneless.

To get your hands on Cadfarch Spear, go to Sciropescire. After the completion of the Bloody Path to Peace questline, Cadfarch Spear will be awarded as a quest reward for killing Ynyr ap Cadfarch.

The most significant advantage of equipping this Spear is that it increases the back damage when dodging an enemy’s attack.

Belonging to the Raven skill tree, Fyrd Spear is another worthy two-handed weapon that AC Valhalla players can wield.

Fyrd Spear can be found in the Southwest of Ledecestrescire at a place called Offchurch. It must be kept in mind that it is necessary to complete the quest where you have to uncover King Burgred’s hideout.

What makes Fyrd Spear better than Fafnir’s Fang is the fact that it increases your speed when dodging an enemy’s attack. This is a big advantage as two-handed weapons usually restrict movement.

Even though Fafnir’s Fang houses sub-par stats, the battle to acquire it isn’t. Fafnir’s Fang falls under the Wolf skill tree and can be found in Rygajfylke, Norway, in a cave at Hildesvini’s Crag above the waterfalls.

To get your hands on this Spear, you will have to beat the first Lost Drengr, Erik Loyalskull. The fight will not be easy and will require concentration if you are to emerge victoriously. 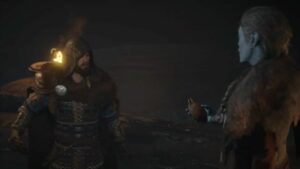