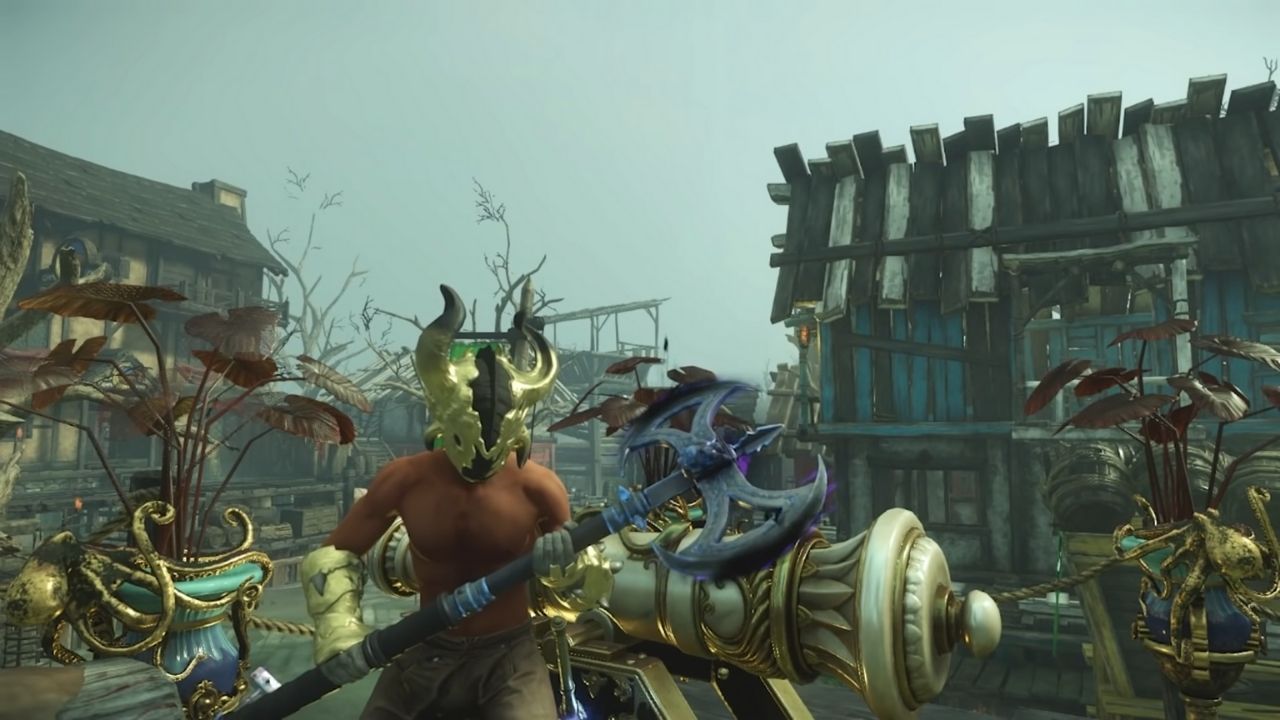 The Legendary Weapons are some of the mightiest weapons in the New World, with a gear score of 580. Currently, there are 133 Legendary Weapons in the New World. These weapons are just the legendary rarity variants of the different types of weapons available in the game. Players have to take on some of the toughest challenges in the game to acquire these gears.

There are four primary methods to obtain the legendary weapons in New World:

Once you have met all the requirements mentioned above, complete the Madaki’s Strategem quest available at Mountainhome given by Eintou Madaki.

Pro Tip: Register a Fast Travel location at Mountainhome, as you will be visiting this place frequently.

In Madaki’s Strategem quest, you will be tasked by Eintou Madaki to find the weapon moulds needed for crafting the Legendary variants of all the weapons. After completing this quest, you will be rewarded with a Tier-5 Amulet with a Gear Score of 570. As an addition, all the legendary weapon quests will be unlocked, given that you have achieved level 20 Weapon Mastery for them.

Receiving And Completing The Legendary Quests In New World

There are commonly seven different quests for each legendary weapon, requiring you to acquire various unique resources needed for each powerful weapon.

All these quests mostly follow the same pattern. Players are sent to various locations to collect the resource materials, guarded by several strong foes. This cycle continues until a player has acquired all the necessary materials for crafting the legendary weapon.

To complete these quests, players have to bring back all the collected materials to Mountainhome for Ranger Eintou Madaki to craft the legendary weapon.

Here is a table of a few legendary weapons quests:

Players can also craft four Legendary Weapons in New World, given that they have the required skill level, crafting station level, and materials for it.

At the very beginning of the game, players get access to the crafting recipe of some legendary weapons like Rage, Glacial Rage, and Master Cryomancer’s Gauntlet at the Arcane Repository crafting station.

Here is a table of legendary weapons a player can craft in the New World:

Other Ways To Acquire Legendary Weapons In New World

The other methods to obtain legendary weapons in New World require sheer luck against endgame bosses and grinding for hours in endgame Arenas.

The endgame bosses of New World drop some really valuable loots, including legendary weapons and armors. The prime example of this is The Garden of Genesis, which has a chance to drop weapons like the Angry Earth Exterminator, Creeping Recurve Bow, etc.

Apart from the bosses, you can also choose to spend your time in the endgame Arenas that offers equipment caches as a reward, such as the Siren Queen, Spriggan, or the Protector. These equipment caches have a rare chance of providing you with some legendary gears.

These drops are infrequent and luck-based, so you will have to spend a considerable number of hours grinding Arenas if you wish to get your hands on some powerful gear.