It’s been quite a while since the arrival of Assasin’s Creed Valhalla. But developer Ubisoft has kept its promise of providing robust support by consistently pushing new content and features for the game. Now, the game is set to receive a feature that fans have been wanting for a while.

Ubisoft announced on Twitter yesterday that Level Scaling is coming to AC Valhalla. Considering that it was a crucial feature in Assasin’s Creed Odyssey, Level Scaling is something fans have missed. However, in AC Valhalla, it will go beyond simply enabling and disabling. As a result, those looking for that additional challenge will have an adequate level of customization at their disposal.

As you can see in the tweet above, Level Scaling in AC Valhalla will have five options in total and will be disabled by default. Fans can choose between constant, harder, or nightmarish depending on the level of difficulty they want. At the moment, there is no info on what fans can expect from each level, but that should arrive in the days leading up to the release date of the feature, i.e., July 27.

Once players enable Level Scaling on AC Valhalla, they can expect a more challenging gameplay experience. Additionally, whatever level they choose will apply to the game’s entire map, with both enemies and territories scaling appropriately. Fans who want to continue feeling the impact of their decisions in the skill tree can choose not to adjust this difficulty slider, but it may improve game play overall, so better make an informed decision.

While Level Scaling is a feature that fans have wanted for a while, news of its release was met with mixed reactions. Some gamers welcomed the prospect of a more challenging experience, while others expressed that Ubisoft should focus on fixing bugs and glitches. Fans who have finished the game’s story in its entirety also requested Ubisoft to add New Game Plus.

The next big release for AC Valhalla will be The Siege of Paris – a DLC that will take our Vikings to France to overthrow the oppressive rule of Charles the Fat. The release is expected to arrive later this summer. 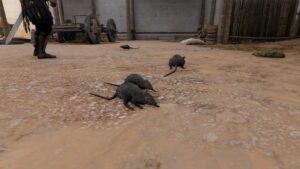