New World Is Losing Its Player Base, Halved from What It Was at Launch

MMOs tend to thrive only when the player base is active and growing. These kinds of titles start to stagnate and die when the players begin to abandon the game, as it is the aspect of playing with and against multiple people from around the world that holds a lot of appeal to people. Amazon’s New World is now facing this challenge, as the player base dropped significantly.

The game had a lot of hype when building up to the launch. Despite the handful of delays, the hype remained constant, which is an excellent thing for any game.

People went ahead to play the game even when reports emerged that the game was bricking graphics cards during the beta testing. Some reports of this incident are still popping up, but Amazon claims to have patched what caused it all the way back in July.

The initial popularity aside, New World has had its fair share of issues. This by itself is normal for an always-evolving MMO, but it seems many of them may be pushing fans away. It appears that the player base has seen an almost 50% decrease since what it was at launch.

New World’s concurrent players at the launch were just a little below one million players, as reported by Forbes. Now, that concurrent peak has dropped to less than half. Eurogamer has reported that New World is losing regular players at a rate of 135,000 per week. This wouldn’t be a big deal for a game that has an end, but an MMO is supposed to keep players engaged for the long haul.

Amazon has been fighting a lot of fires simultaneously ever since the release of New World. The first, and most significant one, was that too many people wanted to play the game.

The servers couldn’t handle that kind of traffic which caused many players to queue for hours just to play the game. Now that many players are gone, and Amazon is also working to fix the issue, long queue times should be non-existent very soon.

Other issues include gold scams run amongst players, random bans, and a recent case where players could send malicious code through the in-game chat, which could crash the game.

A major economic problem is also rearing its head, as the amount of currency players earn doesn’t balance well with what they have to spend on taxes, property, and other necessities. This results in the price of non-essential goods dropping, and unless a solution is found, players will lose interest in spending their money altogether. 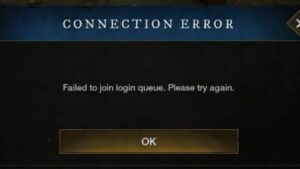