During the 2020-2021 financial year earnings report, Ubisoft hinted that further additional content was coming to Assassin’s Creed Valhalla. The latest game in the franchise has already established itself as one of the biggest launches ever in the series.

Frederick Duguet, Ubisoft’s Chief Financial Officer, stated that Valhalla would benefit from the “biggest, longest, and strongest post-launch strategy” in the franchises’ history. The game is already set to receive the first major DLC Wrath of the Druids, and the second one, The Siege of Paris, is due in summer.

The previous two entries in the franchise –Assassin’s Creed Origins and Assassin’s Creed Odyssey – have received two significant expansions, adding new worlds, tasks, and quests for players to enjoy. However, it seems that much more additional content is being prepped for Valhalla.

This comes in tandem with the leak of the third possible expansion, which has something to do with the word “Meteor”. This content may have us travel to the burning lands of Muspelheim and also give us the chance to explore the realms of Jötunheim and Asgard. It may be possible that Muspelheim is made available through the Wrath of the Druids expansion.

Magnus Bruun, the voice of male Eivor in Valhalla, also dropped a hint recently. The Danish actor revealed that he is back to do a voice-over job for Assassin’s Creed again, even though he finished the voice work for The Siege of Paris DLC back in February.

Earlier reports allude to the fact that the third expansion may be a standalone release; however, Ubisoft has not confirmed any additional content for Assassin’s Creed Valhalla aside from the Season Pass. They have also just released the official trailer for the Wrath of the Druids expansion, which is set to release on May 13th.

The players will be traveling to Ireland and visit Dublin while fighting against the cult known as The Children of Danu. Werewolves are also going to be making an appearance.

We’ll have to wait and see what else Ubisoft releases for Valhalla, but if the reports are believed, then there is a lot of content on the horizon. 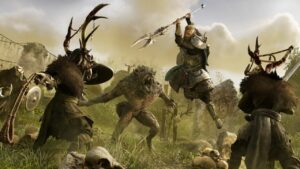 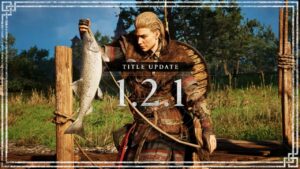