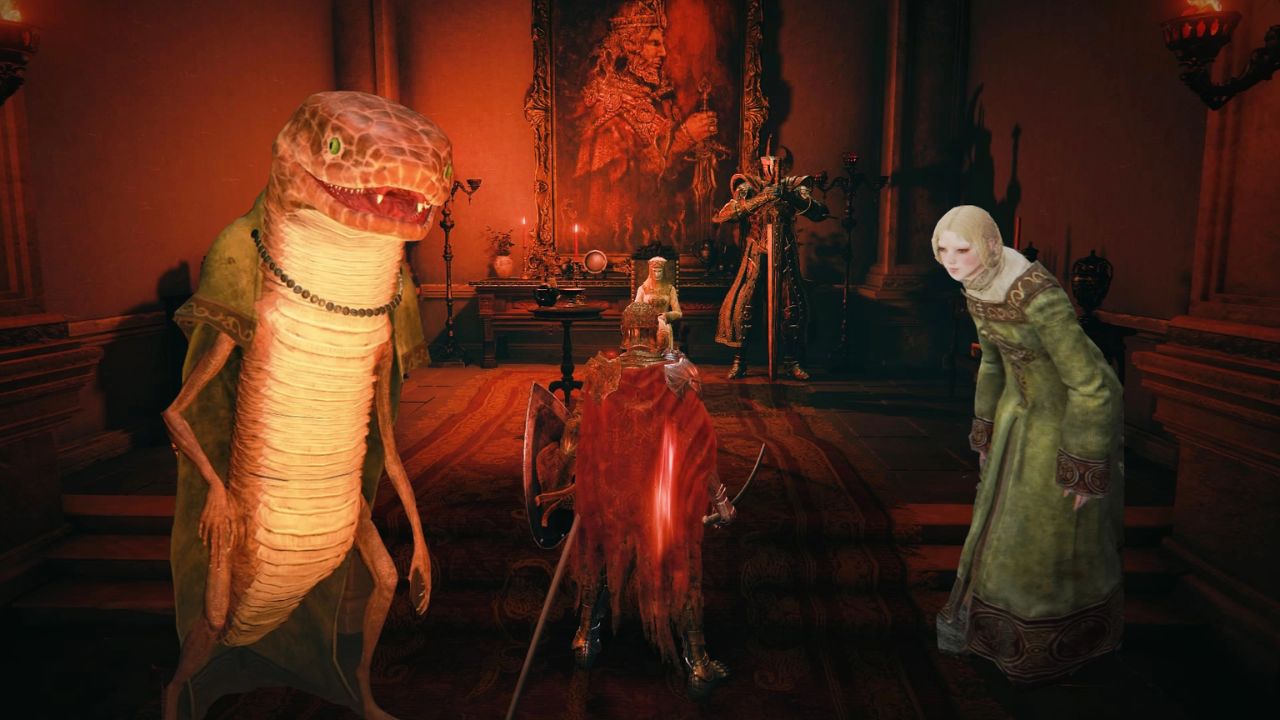 Rya, also known as Zoraya, is one of the many NPCs in Elden Ring that’ll present you with side quests for rewards. However, there are some instances where you’re left wondering what happened to her, and in the end, you’ll have to make a tough choice.

After disappearing from Volcano Manor, Zoraya will go to the top of the Temple of Eiglay. You can find her hiding in a small room on the right side of the arch.

If you find Zoraya, she’ll ask you to kill her, and the game will present you with three choices, each having a different outcome. In this article, we’ll tell you everything you need to know about Rya’s questline and the consequences and rewards of the choices you make in the quest.

Where to find the Snake Girl in Elden Ring?

After completing your first assassination mission, Rya will talk about a strange slithering sound from one of the rooms. After that, you need to go to the drawing-room and hear out for hissing in one of the doors. There you’ll find the snake girl, also known as Zoraya.

This is Rya’s true form, and after talking to her, you’ll be prompted to meet Lady Tanith. She will advise you to be kind to Zoraya. The next time you meet Zoraya will be after you complete Lady Tanith’s second assassination mission.

Lady Tanith will reveal that Rya or Zoraya is missing and will hand you the Tonic of Forgetfulness to give to her when you find where she is. You can find the snake girl in the arch on the top of the Temple of Eiglay.

What happens when you meet Zoraya at the Temple of Eiglay?

This happens because Zoraya discovers that her mother, Lady Tanith, didn’t want her at the time of her birth. On top of that, she was part of Rykard’s birthing ritual, and it was repellant to her.

Now, the decision of her future lies in your hands. To help you out, let’s look at the outcomes of the decision given to you in Elden Ring:

I. Killing Zoraya in Elden Ring

Killing Rya or Zoraya will end the questline with her being dead, and you will obtain the Deadicar’s Woe for taking this decision. However, this is the worst ending you can give Rya compared to the other choices you can make in this quest.

It’s a feel-bad moment for Zoraya here, as you take her life away after she learns the truth. Even though you get the Daedicar’s Woe as a reward, the other two options are better for Rya’s storyline.

If you give Rya or Zoraya the Tonic of Forgetfulness, she will forget everything that happened to her throughout the quest and will return to Volcano Manor. You will receive the Daedicar’s Woe later, but this isn’t the best ending for the snake girl in Elden Ring.

This decision grants the wish of Lady Tanith, but you’ll find her devouring Rykard’s flesh and completely ignoring her daughter. You have the option to kill her, but it won’t have any effect on Rya’s quest.

As a result, Zoraya will be completely isolated, feeling miserable, and having no clue what she should do next.

III. Not Giving Zoraya the Tonic of Forgetfulness

If you ignore Rya or Zoraya’s request and choose to not give her the Tonic of Forgetfulness, you unlock the path to a good ending in this questline. After this, defeat Rykard and go to Volcano Manor, where Rya will thank you.

She’ll leave a letter thanking you for your kindness and explaining that she is going on a journey to become a proud daughter of Volcano Manor.